My translation of Giuseppe Ungaretti’s Allegria, published in 2020 by Archipelago Books, has received the inaugural Joseph Tusiani Prize from the Journal of Italian Translation. I’m delighted there is now a prize to honor Tusiani, an influential translator and Italianist who died in 2020. My thanks to the judges!

“Allegria, never before translated in its entirety, is the central work by one of the two or three greatest Italian poets of the twentieth century. The radical minimalism of its style makes it notoriously difficult to re-create successfully in English. Brock has everywhere met this challenge through a measured and thoughtful recasting of each poem. His English versions capture the essence of Ungaretti’s style and vision, while standing independently as satisfying works of art.” 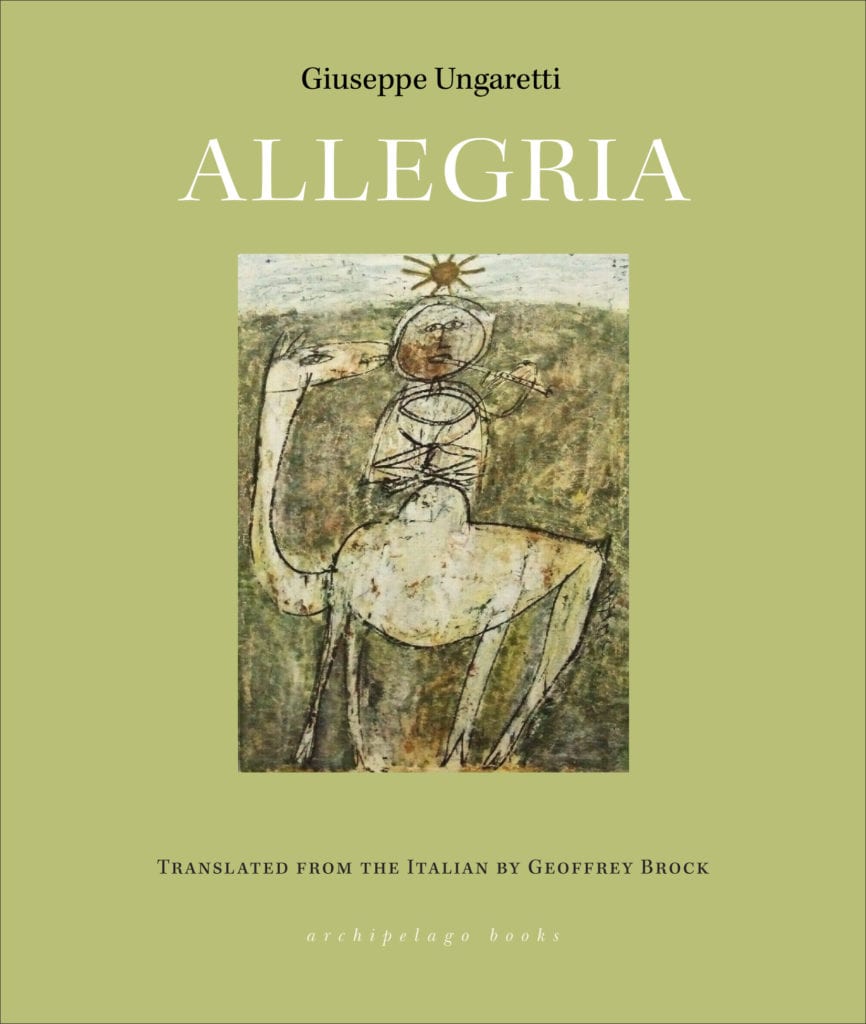