At the time of his death, Italo Calvino was at work on six lectures setting forth the qualities in writing he most valued, and which he believed would define literature in the century to come. Here, in Six Memos for the Next Millennium, are the five lectures he completed, forming not only a stirring defense of literature, but also an indispensable guide to the writings of Calvino himself. He devotes one “memo” each to the concepts of lightness, quickness, exactitude, visibility, and multiplicity, drawing examples from his vast knowledge of myth, folklore, and works both ancient and modern. Readers will be astonished by the prescience of these lectures, which have only gained in relevance as Calvino’s “next millennium” has dawned.

“[O]ne of the few books about … writing in general … I’ve ever been able to stomach … is Italo Calvino’s Six Memos for the Next Millennium, beautifully re-translated in a new edition by the poet and translator Geoffrey Brock.” —Peter Orner, The Rumpus

“One of the most rigorously presented and beautifully illustrated critical testaments in all of literature.” —Boston Globe

“The book I give most to people is Six Memos for the Next Millennium.” —Ali Smith

“A brilliant, original approach to literature, a key to Calvino’s own work and a thoroughly delightful and illuminating commentary on some of the world’s greatest writing.” —San Francisco Chronicle

“If you take the time to absorb this book, you will never read or write the same way again.” —Paste Magazine 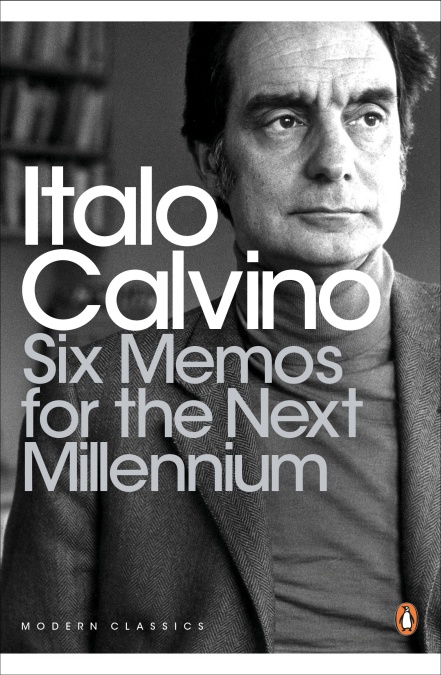