More than a century has now passed since F.T. Marinetti’s famous “Futurist Manifesto” slammed the door on the nineteenth century and trumpeted the arrival of modernity in Europe and beyond. Since then, against the backdrop of two world wars and several radical social upheavals whose effects continue to be felt, Italian poets have explored the possibilities of verse in a modern age, creating in the process one of the great bodies of twentieth-century poetry.

Even before Marinetti, poets such as Giovanni Pascoli had begun to clear the weedy rhetoric and withered diction from the once-glorious but by then decadent grounds of Italian poetry. And their winter labors led to an extraordinary spring: Giuseppe Ungaretti’s wartime distillations and Eugenio Montale’s “astringent music”; Umberto Saba’s song of himself and Salvatore Quasimodo’s hermetic involutions. After World War II, new generations—including such marvelously diverse poets as Sandro Penna, Pier Paolo Pasolini, Amelia Rosselli, Vittorio Sereni, and Raffaello Baldini—extended the enormous promise of the prewar era into our time.

A surprising and illuminating collection, The FSG Book of 20th-Century Italian Poetry invites the reader to examine the works of these and other poets—seventy-five in all—in context and conversation with one another. Edited by the poet and translator Geoffrey Brock, these poems have been beautifully rendered into English by some of our finest English-language poets, including Seamus Heaney, Robert Lowell, Ezra Pound, Paul Muldoon, and many exciting younger voices.

“The FSG Book of Twentieth-Century Italian Poetry is a beautiful, superbly edited anthology. Geoffrey Brock, a first-rate formalist poet and one of the best living translators in his own right, here provides an overview of a tradition. His introduction is intelligent and passionate.” —Ilya Kaminsky, Harriet the Blog

“[A] marvelous dual-language anthology [with an] excellent introduction… This is the one big Italian poetry anthology for virtually all Anglophone libraries.” —Booklist (starred review)

“I’ve never much enjoyed reading anthologies; they rarely seem to contain what I’m looking for, and when they do, they rarely contain enough. But a few anthologies, like the two-volume Library of America anthology of nineteenth-century American poetry, edited by John Hollander, are so thoughtfully conceived that the experience of reading them feels like the experience of reading an intricate novel; you don’t want to skip anything, even if you know it well, because the pleasure lies in the buried narrative created by the anthologist’s choices. The FSG Book of Twentieth-Century Italian Poetry is such an anthology. Dip into it, if you like; look for a particular poet, listen for a particular translator. But for the most rewarding experience, read the whole book slowly, page by page.” —James Longenbach, The Nation

“This book is a momentous occasion… This is a book you live with through the years.” —Grace Cavalieri, Washington Independent Review of Books

“The fact that The FSG Book of Twentieth-Century Italian Poetry is one of the greatest reading experiences I’ve had, and not just as an anthology, is a testament to its editor and translator, Geoffrey Brock. With this luscious tome, Brock has offered anyone with even a modicum of interest in Italian literature, culture and history, the rare and wonderful opportunity to immerse oneself in toto… [T]the book is an aesthetic beauty in itself. However, it’s the sheer variety and depth of its contents…that are the real treasures.” —Josh Zaidman, Bookslut 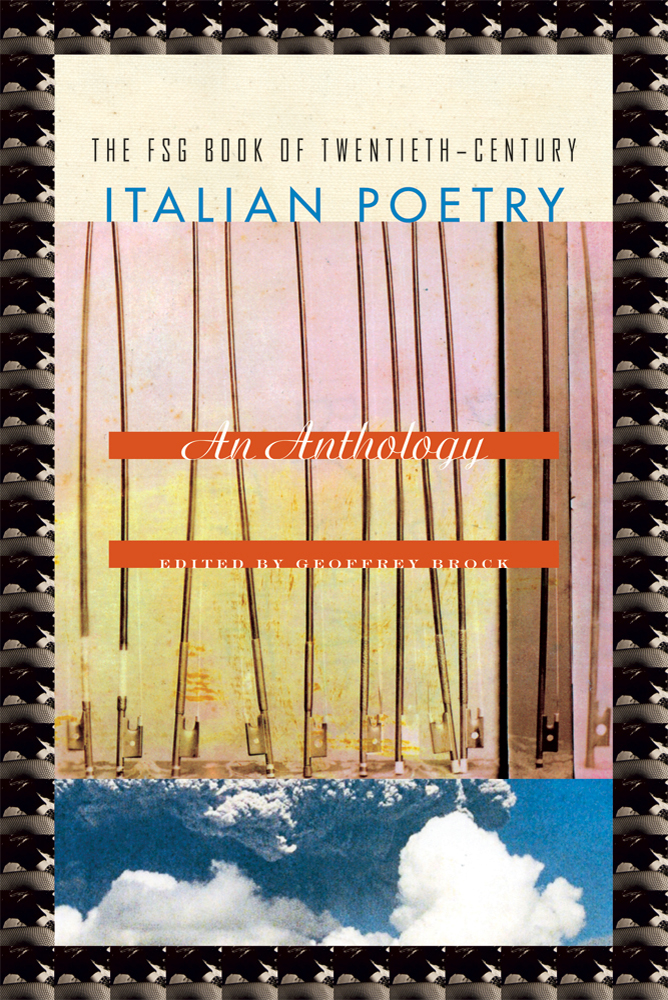