Franz Kafka spent eight months at his sister’s house in Zürau between September 1917 and April 1918, enduring the onset of tuberculosis. Illness paradoxically set him free to write, in a series of philosophical fragments, his settling of accounts with life, marriage, his family, guilt and man’s condition. These aphorisms have appeared with minor revisions in various posthumous works since his death in 1924. By chance, Roberto Calasso rediscovered Kafka’s two original notebooks in Oxford’s Bodleian Library.

The notebooks, freshly translated and laid out as Kafka intended, are a distillation of Kafka at his most powerful and enigmatic. This lost jewel provides the reader with a fresh perspective on the work of a genius.

The New York Times: What’s the last great book you read? Nicole Krauss: Kafka’s Zürau Aphorisms, translated by Michael Hofmann and with a brief but beautiful introduction by Roberto Calasso.

“If ‘Kafkaesque’ conveys the opaque sense of impersonal, impenetrable bureaucracy that has come to define much of Western modernity, the very opacity of the term is the point. The enigmatic forces ranged against Kafka’s heroes—if they can be called that—are not easily reduced to meaning: final interpretation always eludes them. We moderns, Kafka seems to suggest, are orphans of the absolute. Nowhere does Kafka give greater expression to this transcendental homelessness than in his so-called Zürau Aphorisms, written in 1917–18 and named after the Bohemian village in which he composed them. Teetering on the edge of paradox, the aphorisms have a startling, vertiginous power.” —Ben Hutchinson, The Times Literary Supplement (UK) 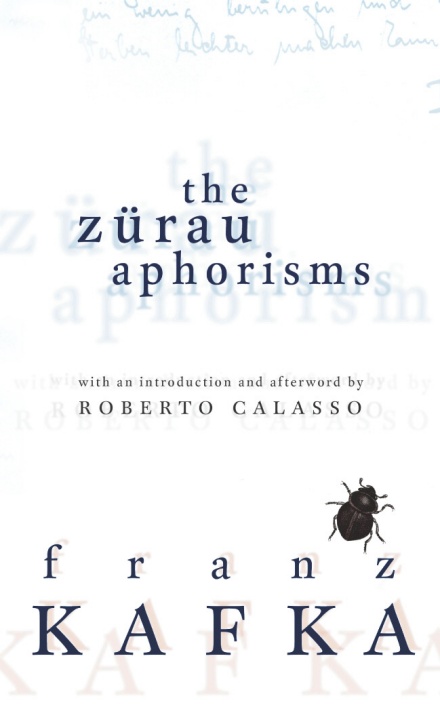