The moment has come when everything stops
to ripen.

While wandering dazedly through the AWP Book Fair in Seattle, I stumbled on Something Indecent, a lovely new anthology from the Poetry Foundation, and was delighted to find that it included my translation of one of my favorite Cesare Pavese poems, “Grappa in September,” from Disaffections. Regarding that poem, the editor, Valzhyna Mort, says: “This is how you stop a moment and turn it into eternity.”

Something Indecent is intended as a kind of symposium on European poetry. Seven contemporary Eastern European poets—Adam Zagajewski, Vera Pavlova, Tomaž Šalamun, Aleš Šteger, Nikola Madzirov, Eugenijus Ališanka, and editor Valzhyna Mort—introduce us to poems by writers who have become for them windows onto the world. They were asked: Who are the best representative poets of your region? Your generation? And, more broadly: Who are your favorite European poets of the 20th century? What European poets, across the millennia, are most important to an understanding of your particular region? Spanning thousands of years and thousands of miles, their surprising, often unpredictable choices—and the reasons for those choices—are collected here, forming the latest entry in a poetic conversation carried across centuries, countries, and traditions. More than a presentation of contemporary Eastern European poets, Something Indecent is a conversation about how European poets view themselves, their contemporaries, their century, and the place of their region in the millennia. Includes poems by Guillaume Apollinaire, Bertolt Brecht, Joseph Brodsky, Catullus, Paul Celan, John Donne, Zbigniew Herbert, Nâzim Hikmet, Antonio Machado, Czeslaw Milosz, Cesare Pavese, Raymond Queneau, Rainer Maria Rilke, Tomaž Šalamun, Sappho, Anna Swir, Wislawa Szymborska, Georg Trakl, Tomas Tranströmer, César Vallejo, Paul Valéry, and many others. 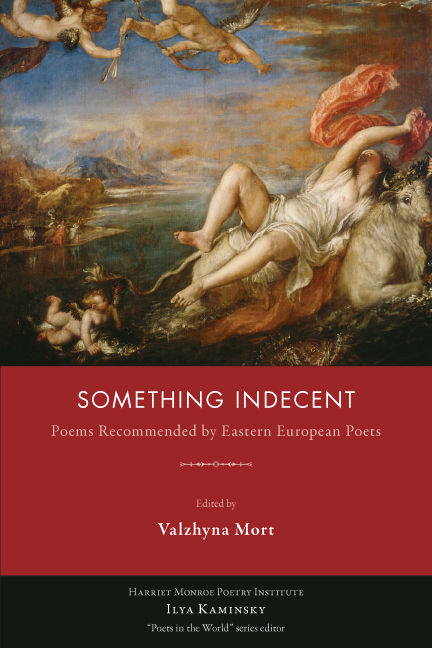